With the development of science and technology, drones have become more and more common. They are not only used in the military, but also in civilians. Moreover, drones are widely used. They have night-time camera functions and can quietly disappear at night. Flight at various places. People can use it to take pictures, to video, to explore, to peep, etc. It depends on what kind of behavior the drone owner will have. If it is a military powerhouse, drone countermeasures systems are needed for defense. 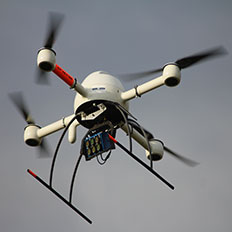 Since drones are more common and common, if a military site is peeped or attacked by drones, it will bring serious consequences. Because the drone has an intelligent form, it can also be controlled. As long as the operator connects to the computer, he can see everything the drone sees through the computer, and some can also launch an attack. There are many military secrets in military powerhouses. Once snooped by drones, it often leads to the leakage of military secrets.

If there is a drone jammer in a military powerhouse, once the UAV enters, the surveillance system can be used for monitoring and the UAV can also be landed. Destroying devices can also be used, but generally as long as the drone is knocked down, it can be studied through the drone to know the main messenger behind the scenes.