The aircraft manufacturer Saab has carried out the first flight tests with its new, advanced jamming module Electronic Attack Jammer Pod (EAJP). The new drone jammer was tested on a JAS-39D Gripen fighter aircraft. The interfaces of the module to the aircraft hardware and software as well as to the control and monitoring of the cockpit were tested during the flight. 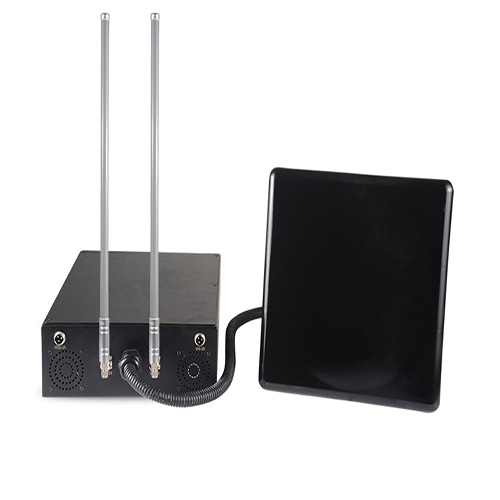 Saab’s new EAJP module aims to protect aircraft with sophisticated jamming functions from radar and prevent the enemy from attacking them. The first flight marks an important stage in the nacelle development program.

Saab is refining its electronic attack capabilities and the new advanced module is an important part of this development. The EAJP perfectly complements the integrated electronic attack functions of the advanced electronic on-board warfare system of the new Gripen E / F fighter from Saab. It can also be used for other types of aircraft. The nacelle is part of the Saab AREXIS family of electronic warfare systems, which includes: radar warning signal receivers (RWR), intelligence, surveillance and reconnaissance (ISR) and electronic countermeasures (ECM) that are combat aircraft compliant.

Electronic war systems are also used for self-protection by passively detecting radar systems and enemy missiles and protecting the aircraft or platform with active and passive countermeasures. Offensive electronic warfare, also known as electronic attack, involves actively sending jamming signals to disrupt the enemy’s air defense systems so that they are no longer a threat.

The new low-band signal jammer is contained in a 4 m long and 350 kg heavy demonstration module. Wing-shaped surfaces are used to house the low frequency antennas. According to the Swedish aircraft manufacturer, currently only the US Navy Boeing EA-18G “Growler” can neutralize hostile electronic defenses. The EAJP has the ability to filter and thus protect the approach and departure of entire formations from low-frequency radar, thanks to the intelligent use of DRFM (Digital Radio Frequency Memory) encryption techniques, which generate false coherent and different targets. Saturation Techniques. The system is based on digital receivers and ultra-broadband DRFM devices, networked solid-state jammers based on gallium nitride (GaN) and interferometric direction finding systems. For advanced electronic attack application, these technologies are adapted to the low frequencies required to block modern stealth defense systems.

Intended for a wide range of aircraft:

If the EAJP is previously used in Sweden for aircraft of the Gripen C / D and E / F families, Saab will also advertise the EAJP nacelle to enable possible integration with other aircraft types. possibly including the Eurofighter. In Germany, for example, the Tornado ECR is to be replaced and the Eurofighter T3 ECR “SEAD” * (article tomorrow) is to be equipped. Other countries may need such a solution to equip their aircraft fleets. Saab expects it can deploy a NATO-compliant operational system in the next 12 months.