Soon, Russian legislation will officially allow the use of jammers of mobile communications. The cell phone jammer allows you to completely block incoming and outgoing calls, as well as transmitting information via SMS messages.

These devices will come in handy:
> public theaters,
> church institutions
> other institutions in which the use of mobile phones is categorically unacceptable.

The independent Russian newspaper Kommersant reports that the introduction of the law has not yet been considered by government officials, and this issue will be on the agenda at the next government meeting. Not everyone turns off the phones when it is required of them. Businessmen are used to constantly “hanging up on the phone”, which they also use when conducting theater events. An outside bell in the hall causes embarrassment for actors who cannot concentrate on playing their roles. As a result, the success of the entire performance is in jeopardy.

Before mass-supplying mobile phone jammers to theaters and church establishments, finished products must be thoroughly tested. It is possible that the mobile signal will be absent outside the institution, so it is necessary to establish the possibility of remote action in the jammers. This function will help to adjust the effectiveness of the device at a certain distance, which will not affect the communication outdoors.

In addition, it is recommended that people be massively notified that a mobile signal is being blocked on the territory of a given theater or church institution. If you need to call someone on an urgent matter – you will need to go outside. It is necessary to suppress immediately all mobile operators so that those mobile companies that are not affected by the blocking of communications do not start making money on this.

Today, some state-owned theaters already use mass jammers for mobile communications. Despite the illegality of this event, the artistic directors of the theaters do not consider their actions illegal. Jamming helps artists and audiences to fully concentrate on performances. Nothing distracts from the action on stage.

Church ministers, in turn, also supported the use of mobile jammers. During worship, extraneous sounds in the form of cell phone calls cause resentment of others, because phones interfere with quiet prayers. And if a device is used in the church to jam a mobile signal, nothing will distract from the service of God.

In the future, it is planned to use a signal jammer of mobile communications in educational institutions. During the state exams (USE), students will not be able to use the phone to receive answers on the Internet. Many are trying to find out the correct answers to questions, and some of the most efficient individuals are trying to share their knowledge with others. 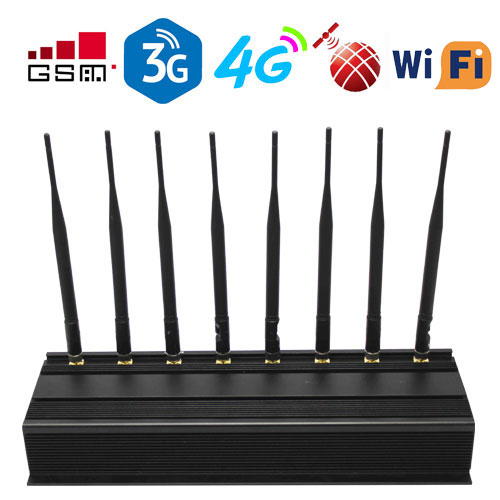 Nevertheless, world practice is categorically opposed to the use of mobile jammers. Freedom-loving Americans call such measures a violation of their freedom. Other civilized countries associate the rare use of signal jammers with a number of technical issues that arise when you want to install a silencing device. The assistance of a specialist in this field is required, which will not only install and connect the equipment, but will continue to carry out its maintenance during operation. Finding such specialists is not so easy. Moreover, in our country there are cases when residents of some apartments installed mobile signal amplifiers. The quality of communication was noticeably improved, but in the apartment of the neighbors it was impossible to communicate on a cell phone.

The government uses mobile jammers in official congresses and summits. Ears cannot be entrusted with the information that is discussed at these events, so it becomes impossible to transmit data by mobile phone. It’s cheaper for government employees to resort to cell jammers than to agree in advance with mobile companies on the termination of signals for a certain amount of time.